Just like people, cattle can have best friends too. Did you know that? 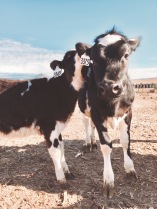 Many of the farmers I know, don’t spend nearly as much time with their calves as I do. Since I am the crazy calf lady, I pick up on the little things, such as who likes who. When I figure out those pairs, I do my best to keep them together. I have a few dynamic duo pairs I wanted to share with you all.

Calves put a smile on my face, and I figured they might do the same for you all as well.

The first pair would be Rue (3369) and Dinosaur (3375). Unfortunately we have separated this pair due to the fact we decided it was best to sell Rue. She made a great pet, she just wasn’t keeping up with the rest of the girls her age. Dinosaur 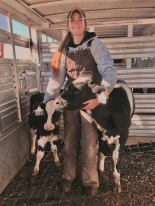 on the other hand was a calf that started off on the right foot. She was 120 pounds at birth, and has been thriving ever since. For some odd reason, those calves bonded. Guess opposites do attract, right? I have posted a picture of the two of them and myself, and you can easily compare the size difference.

The other dynamic duo pair I wanted to share with you would be Tortilla (3381) and Topanga (3382). These two were neighbors in the hutches and hit it off from the start. We recently shipped them to our heifer growers just last week (I’ll talk about that in a different post.) These two can be found eating, pooping, relaxing, ruminating or attacking me with love together. They do EVERYTHING together and there’s nothing wrong with that. It’s easier to go through life with your best friend by your side! 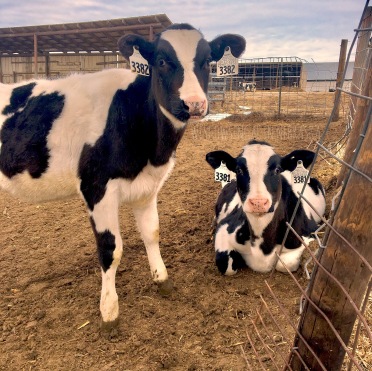 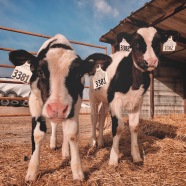 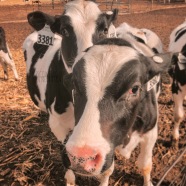 One last thing, cattle don’t have to bond with other cattle. They do enjoy hanging with the one who has cared for them growing up, which would be someone like me! Some of my best friends are calves, heifers and cows! They sure seem to like me as much as I like them! 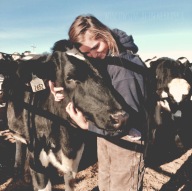 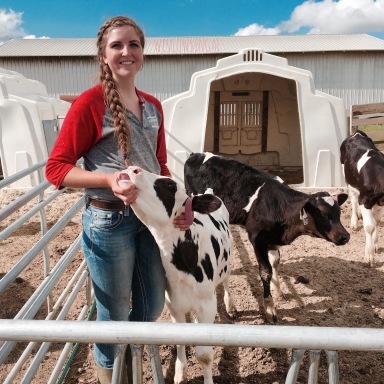 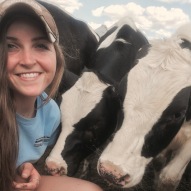 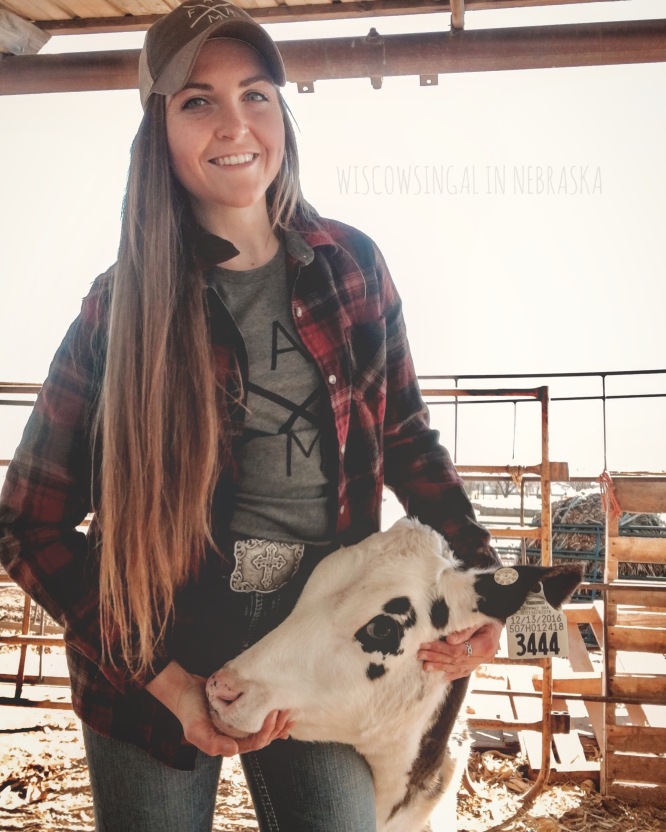 Who is the Crazy Calf Lady, you ask?

Well first off, welcome to my blog!

My name is Jenna. I am 21 years old and live in central Nebraska. I am originally from south central Wisconsin, but relocated to Nebraska May of 2015. I am the calf and young heifer specialist on an 850 cow dairy.

Here’s a big surprise, I do NOT come from a farming background! I am a city girl who somehow fell in love with agriculture, and wanted to pursue a future in the dairy industry. Weird, right?

Growing up, I had no clue what I wanted to do with my future and who I wanted to be as a person. I somehow found my calling when I joined FFA in high school. It opened my eyes to how many people had very little knowledge about agriculture, including myself.

When graduating high school came around, I had plans to go to a technical school for general education and I then wanted to transfer to a university to study agricultural business. I had attended one semester at MATC for my generals, and decided that it wasn’t what I wanted to do. Microeconomics and Trigonometry just wasn’t for me. I then decided to look elsewhere for school. I thought to myself that I’ve always enjoyed cows and maybe I wanted to do something with them, so I applied at a different technical college for their Dairy Herd Management program. Shortly after applying, I got accepted into the DHM program. 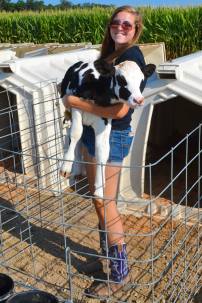 At that time, I was working at Farm & Fleet as their candy girl. One day after I had finished my shift, I had received a message from a family friend about an opportunity taking care of calves on a 500 cow dairy. I instantly called the farm and set up an interview. I got the job on the spot and started a few weeks later.

I started at Sunburst Dairy the middle of December in 2013 and instantly fell in love with the job. I realized that calves were my calling, but I always questioned that if you could make a career out of it. I worked at Sunburst up until the fall of 2014 right before I started at my new school, Southwest Wisconsin Technical College, for Dairy Herd.

After getting situated at my new school and making new friends, I got word of an opening working with calves at Stone Front Farms. I went in for an interview and found out a few days later that I had gotten the job! While working at Stone Front, I became close with the calf manager, Kaila. Kaila showed me that you can do what you love and be happy with it. She influenced my life tremendously, and helped shaped the person I am today.

A little bit later into the school year my teacher, Christina, had brought in a guest speaker who was an intern for PDPW, Professional Dairy Producers of Wisconsin. Her name was Kayl 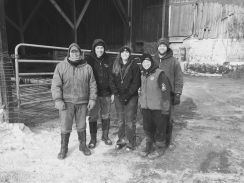 a, I believe, and she told us about a mentorship opportunity we could apply for. The mentorship program allowed you to shadow a farm for a day and get a little more insight into what your interested in. I applied, got accepted, went to Dolph Dairy LLC in Lake Mills, WI in January of 2015 and spent the day with the farm crew. Everyone who participated in the mentor program was able to attend the PDPW business conference that March, where breakfast was held for the students and the mentors. At the breakfast, we all had to stand up and introduce ourselves, where we went and what we learned. I stood up and had mentioned that I went to Dolph Dairy because I was interested in the calves, since I wanted to be a calf manager. Once the breakfast concluded, a woman came up to me, introduced herself and we got to talking. Her name is Linda Hodorff, one of the founders of PDPW. She mentioned how she had a dairy in Nebraska and she was interested to talking with me more about an internship opportunity. Multiple conversations later, I decided to take it. I started at Broken Bow Dairy a few weeks after I graduated college the spring of 2015. Luckily, I had a lot of support coming out to Nebraska, especially through my coworker, Kaila. I felt better about picking up and moving away for three months when I had someone who really believed in me. She was the person I would go to for advice, and I am grateful I had her in my life. 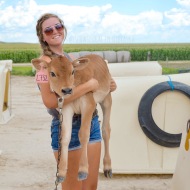 I started June 1, 2015 as an intern taking care of the calves and was supposed to move back to Wisconsin that fall once my internship was up, but decided that I wanted to stay. When September 1, 2015 rolled around, my internship ended and I became the calf and young heifer specialist at the dairy.  My time in Nebraska has been unbelievable and I am beyond grateful to have taken every opportunity that has been brought my way.

I hope this gives you a bit of insight into who I am and I hope you’ll continue to follow along as I share with you my piece of paradise. I am always open for questions, so be sure to send them my way if you have any! 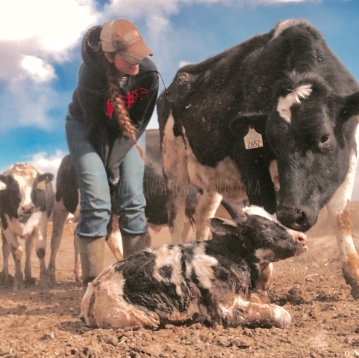 If you enjoy looking at cute calves all day, everyday. This is the place to be.

If you enjoy learning about life as a calf or cow on a dairy farm. This is the place to be.

If you enjoy agriculture. This is the place to be.

I hope you all can learn a little, smile a bit, and are willing to listen to my side of farming through my new blogging adventure.

I may share a few other details about life in central Nebraska along with my calf and cow posts.

Thanks for following along.